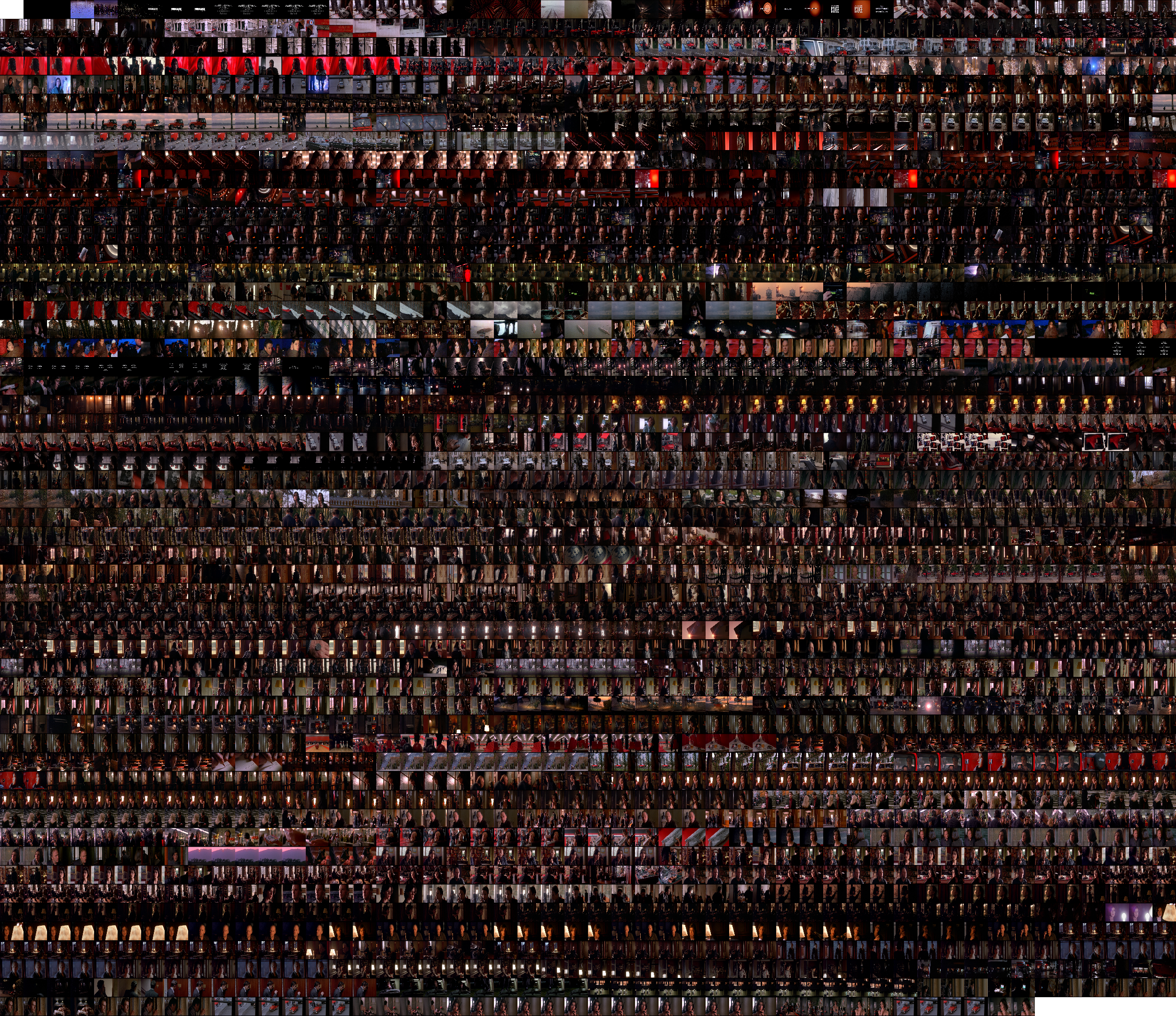 Montage created with IMJ of Three Colors: Red, the final film in the Three Colors Trilogy by director Krzysztof Kieslowski. The film stars Irène Jacob as Valentine, a Swiss model who meets a retired judge when she accidentally hits his dog with her car.

One odd thing I noticed now that I’m making a montage with a full length feature film is that the snapshots in the montage image to not occur in exact chronological order. It appears that they reproduce in almost exact order for about the first half of the montage, until reaching the end credits. After that, the javascript application seems to have scrolled back through the folder selecting screenshots still more or less in order, but less so than in the first pass. It took 20 rows to get through the the entire movie the first time, then in the next 30 rows, the montage covers the first two-thirds of the movie again.

Montage created with IMJ of Three Colors: Red, the final film in the Three Colors Trilogy by director Krzysztof Kieslowski.