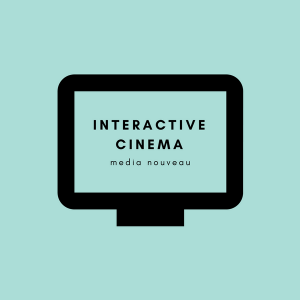 In this episode of Media Nouveau, we examine the evolution of interactive cinema, a platform that allows the audience to take an active role in creating the storyline. In the recent years, interactive cinema has experienced a surge in success thanks to the advancements of individualized technology such as smartphones and gaming consoles. Here we address the qualities of interactive cinema that make it worthwhile or valueless from both an audience and producer perspective, and we pull from specific examples such as Puss in Book: Trapped in an Epic Tale, Late Shift, and Steven Johnson’s “Television.”

Johnson, Steven. “Television.” Everything Bad Is Good for You: How Popular Culture Is Making Us Smarter, Penguin Books, 2006.

Meslow, Scott. “Are Choose-Your-Own-Adventure Movies Finally About to Become a Thing?” GQ, 21 June 2017.

Newton, Casey. “Netflix’s Interactive Shows Arrive to Put You in Charge of the Story.” The Verge, 20 June 2017.

Taylor, Gemma. “Why Watching TV Can Actually Be Good for Toddlers.” The Washington Post, 12 Mar. 2015.